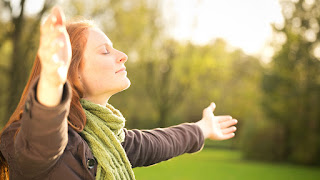 Today she received her “thanks, but no thanks” letter.

I have some other friends whose son is bound and determined to take the scenic route to God’s best for him. The siren call of narcotics is too hard to ignore. He thinks somehow his life is an island, and his choices don’t impact anyone else.

His family has been wrung through the ringer.

And then there’s my friend who just broke her back in a car accident. Oh, and the one who trains harder than anyone I know only to sit on the bench time and again. And the friend who is lying in bed with a herniated disk.


How do you worship when God’s best for you is radically different from what you thought it would be?

My friend Joe had a great life. He was part of a large wealthy family and loved deeply by his father. He experienced a little sibling rivalry, but nothing to complain too loudly about.
Until his brothers sold him into slavery.

One day fancy clothes and a souped-up camel, the next a slave collar and manual labor.

What’d he do? He dug deep and rebuilt his life on the foundation of his faith in God’s plan. It revealed a lot about his character. He moved up the ranks until he was sold out again. This time for not doing the wrong thing.

He’d been given a vision of his future that was radically different than his experience to date.

At the end of the story, we see what motivated his heart (Genesis 50:20), “You intended to harm me, but God intended it all for good.”

That’s all well and…good…but can’t this happen to someone else?

Never forget that He is on your side, always working for your best. Always there. Always moving you toward His purpose for your life. Who knows? He might even surprise you!

Be disappointed. But worship.
Posted by Unknown at 3:14 PM